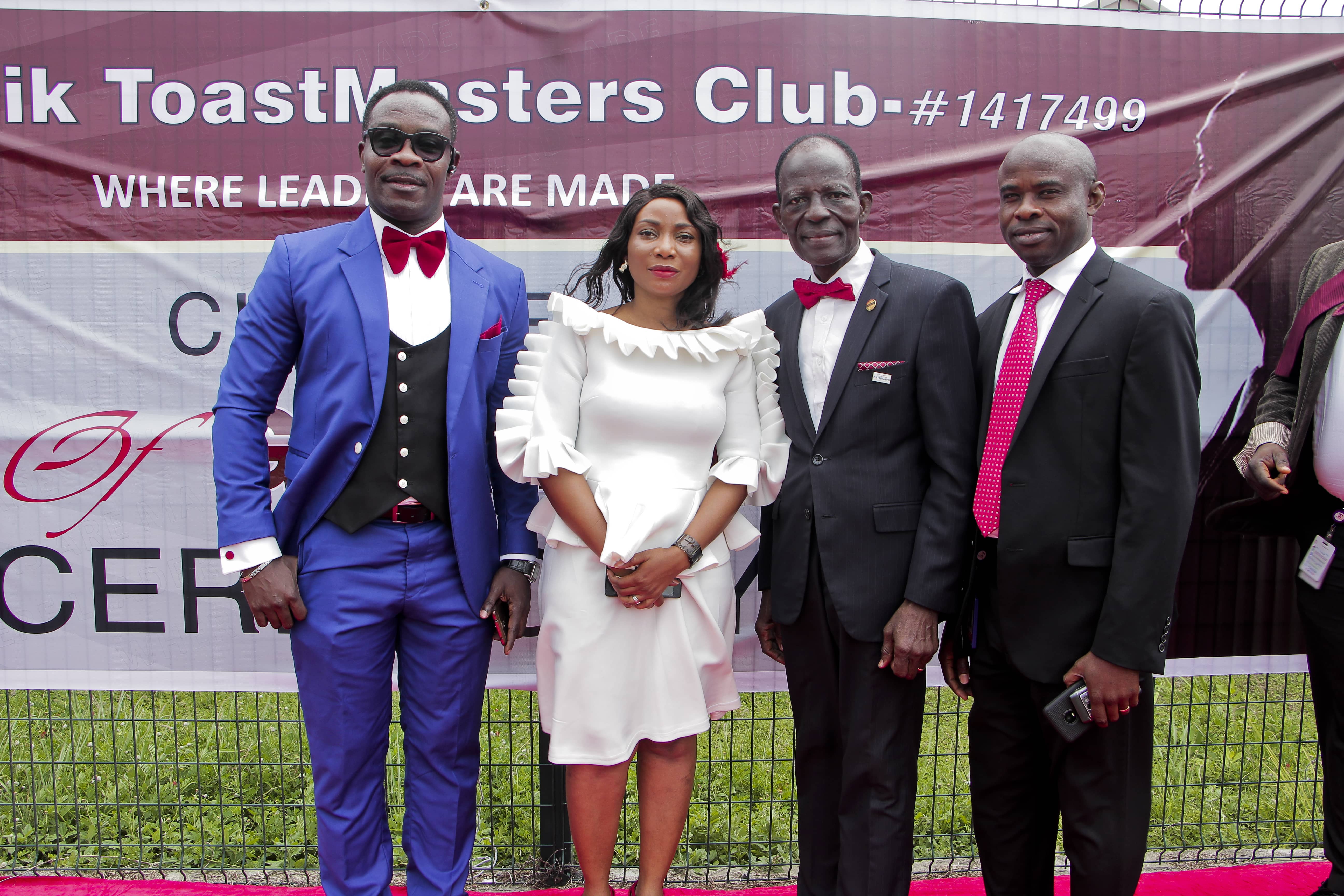 The day hosted dignitaries from the Club’s Division and Area Levels; Top Management Staff from DeltaAfrik; Toastmasters of DA and Guests.

It was a beautiful day with the weather succumbing to the event for the day which commenced with photo shoots on the Red Carpet while the Invitees for the COG arrived.

The scintillating glow from the well decorated hall, the aroma of the meals served and our elegantly dressed Invitees in the colours of the day (White & a touch of Red) brought class to the event.

The Ceremony showcased the Presentation of Awards (Educational & Officers) to the Awardees; the Tables Topics Session which assessed the ability of an individual to speak instantaneously; and the inauguration of the new officers of DeltaAfrik Toastmasters Club in the persons of:

Toastmasters Year 2018/2019 promises to be a well accomplished Year. The Theme for the year is BELIEVE! EXHALE!! EXCEL!!! You would not want to be caught anywhere else on Tuesdays except with the Toastmaster’s Family on the 4th Floor at 12noon Prompt. 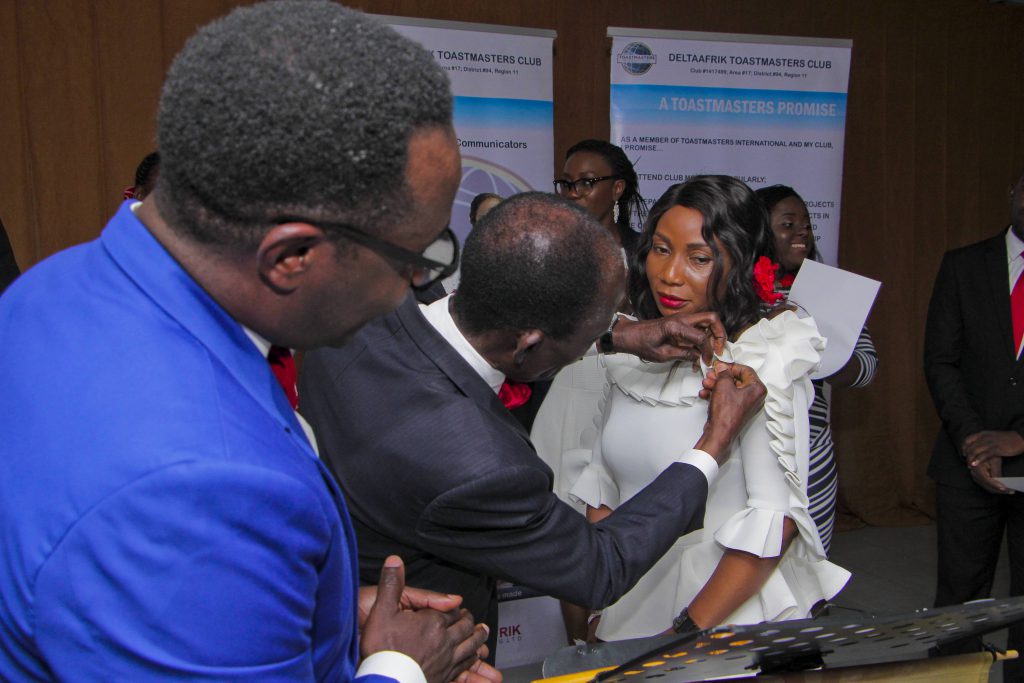 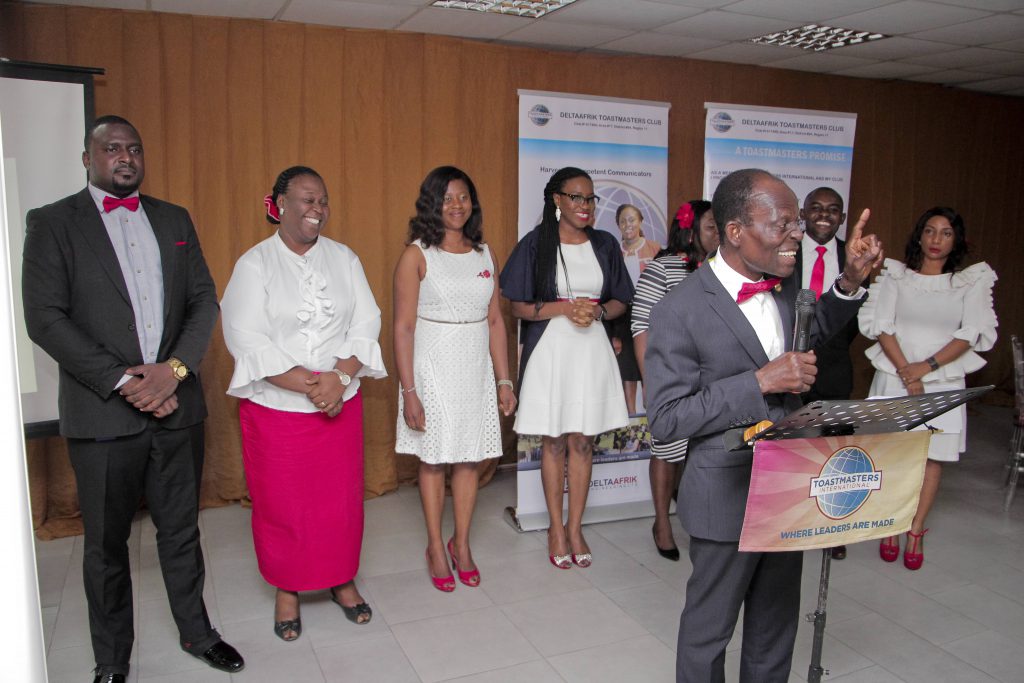 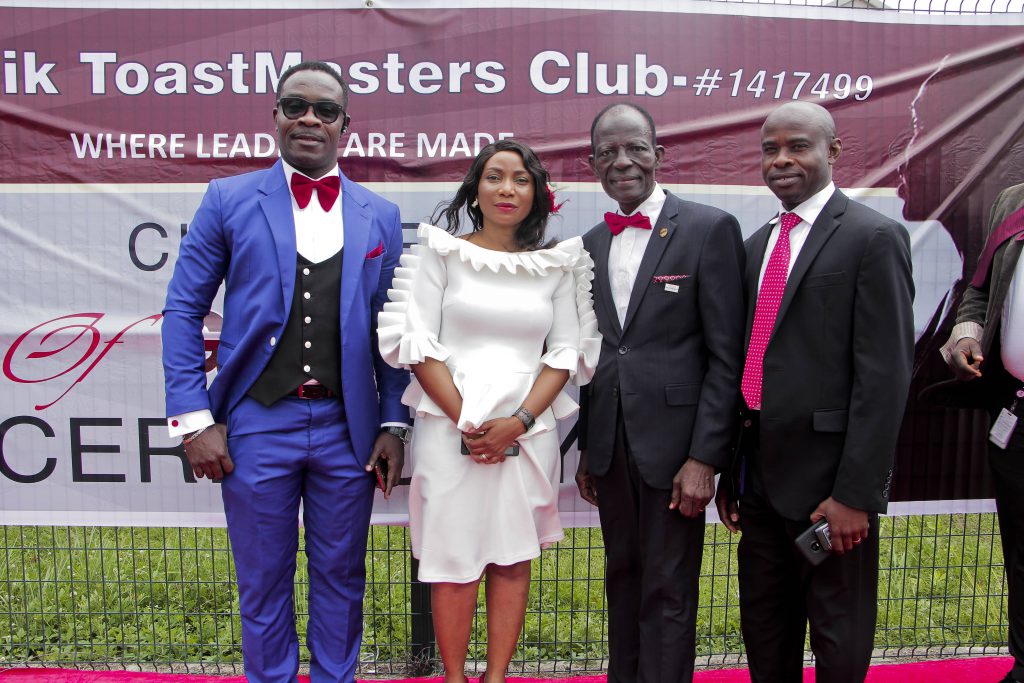 Recent Posts
Archives
Categories
Use of this website means you agree to our use of cookies. Website settings such as user preferences and settings are stored for a limited period in the browser for future visits. This allows us to adapt our website to individual user needs and thus helps us to make it more effective, more easily accessible and safer.OkPrivacy policy